The historical area of Rapola

The historical area of Rapola in Sääksmäki, Tavastia, Finland, consists of Rapola ancient hillfort, several Iron Age graveyards and also manors of Voipaala and Rapola and Sääksmäki church. The last three date back to the 16th century. I visited the hillfort and the graveyards by the hill last autumn.

There are about 100 ancient hillforts found in Finland (list of the hillforts in Finnish). Hillforts have also been built elsewhere in Europe since the Bronze Age. The hillforts of Finland were built on high places easy to defend. Usually, this didn't require a lot of labour. Their purpose was probably to be escape-forts for a short term defence.  The ramparts were built out of earth and stone. A wooden construction was built on top of the foundation.

The most of the dated ancient hillforts are from the Late Iron Age or Middle Ages, but some of them have finds from Bronze Age, too. Usually, there wasn't permanent habitation, but some forts have remains of buildings. The most of the hillforts, about 70, are situated in the Iron Age graveyard culture area in Southern Finland (600-1100 CE), but there aren't any from Southern Ostrobothnia area. Hillforts were also built in Åland and on the NW side of Ladoga lake.

The Rapola hillfort is the biggest ancient castle in Finland and it required a lot more time and labour to build it than building the other forts in Finland. It is built on a natural ridge, 70 m high. The bigger size of the fort can be a sign of some kind of organisational structure at the end of the Iron Age or at the beginning of the Middle Ages. There aren't certain dating of the constructions.

I started my tour by walking to the ridge from Voipaala manor. I read somewhere that the path to the ridge dates back to the Iron Age. 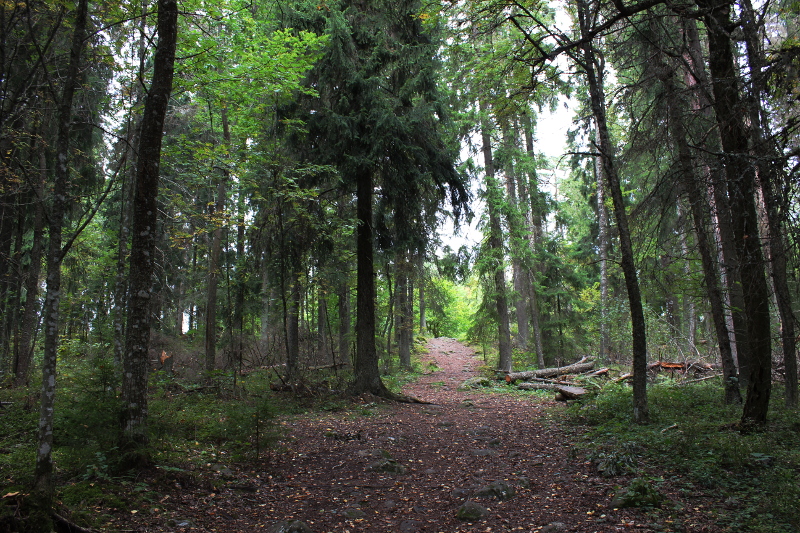 The path led to one of the two gates of the wall. The rampart used to be very thick here and the entrance like a corridor. 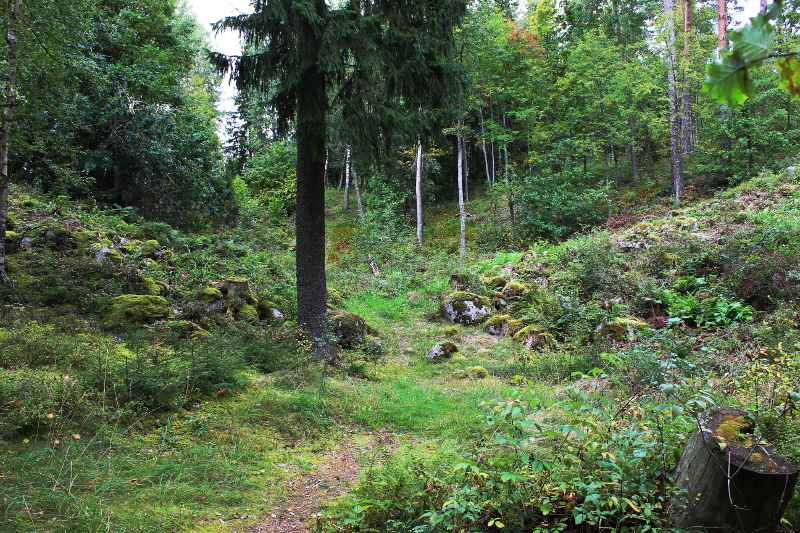 From the top of the hill, you can see very far over the waters. This must have been a good spot for scoping.

When walking ahead, there are parts of the rampart foundation. The foundation is made of stone and earth and on top of it, there may have been a timber construction. In addition to the wall remains, there are traces of hearths and piles of stones. They have probably been used for defending: for heating liquids and throwing stones. Also, some signs of buildings have been found. 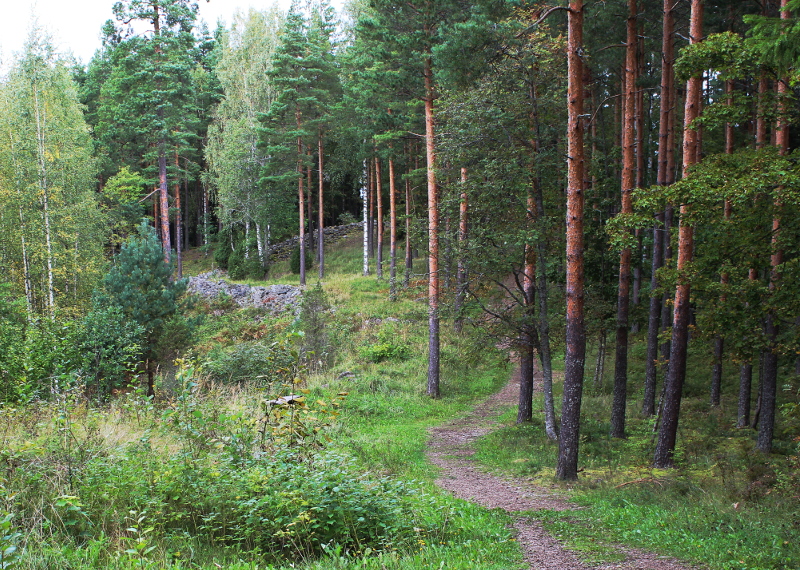 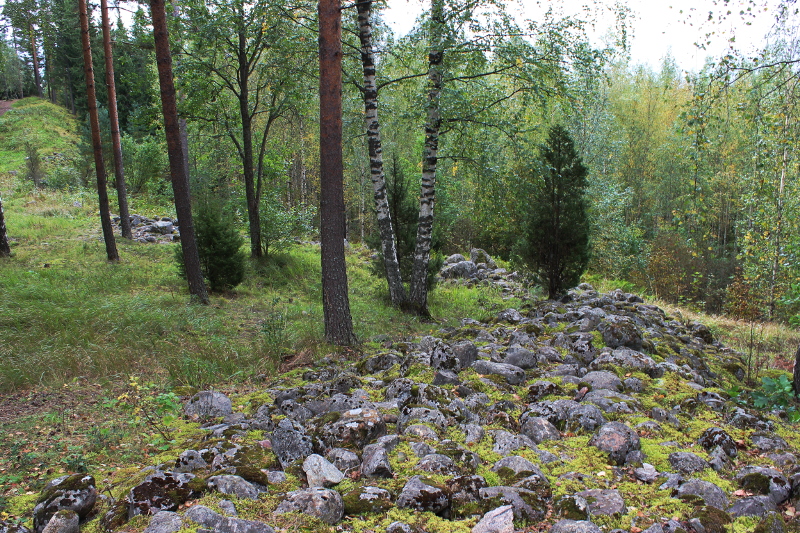 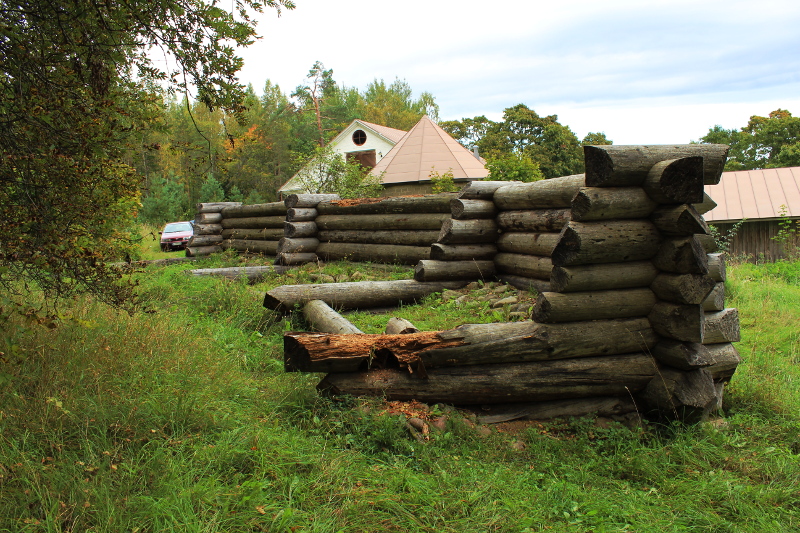 On the ridge, there is a natural basin. On the bottom of the basin, there is a pit that may have been a well, based on the found constructions. Later, it might have been also a wolf-hunting pit. 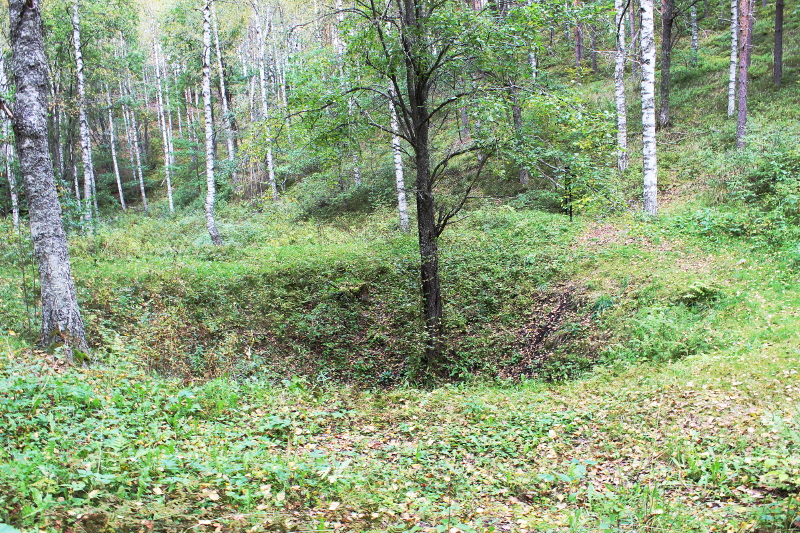 After I went down from the ridge I encountered cows who started to follow me when I walked along the path. They were so interested in me that I was quite happy that there was a fence between us. The cows were grazing near the Matomäki graveyard. There are two Iron Age graveyards and an ancient field at the foot of the ridge.

The oldest signs of the habitation are 2000 years old, but there are also older finds from the Stone Age. Near the two Iron Age graveyards, they have found marks of cross-ploughing and a grain of wheat dated to 900-1100 CE.

The custom to plough across was an ancient way to turn the soil before the invention of the reversible plough. The earlier version of the plough was a hook plough and the furrows were made across with each other in order to break the soil better. Also, some of the stone cairns nearby tell about the cultivation. They were made when the field was cleared. Some of these may date to the Iron Age.

On the foot of the ridge, there are two Iron Age cemeteries: Matomäki and Hirvikallio. These consist of about 30 barrows and a level-ground cremation cemetery. These cemeteries were used in the 5th and 6th centuries. There are more graveyards nearby that are dated later. They have found for example a gold-gilded fitting of a sword scabbard and weapons in the Matomäki cemetery. The most valuable find of the Hirvikallio cemetery was a bronze bell pendant that has counterparts in Eastern Russia, like the ceramic pieces found in Matomäki.

On the foot of the hill, there are a lot of cairns, some of which are burials, some field cairns and some foundations of dwellings. 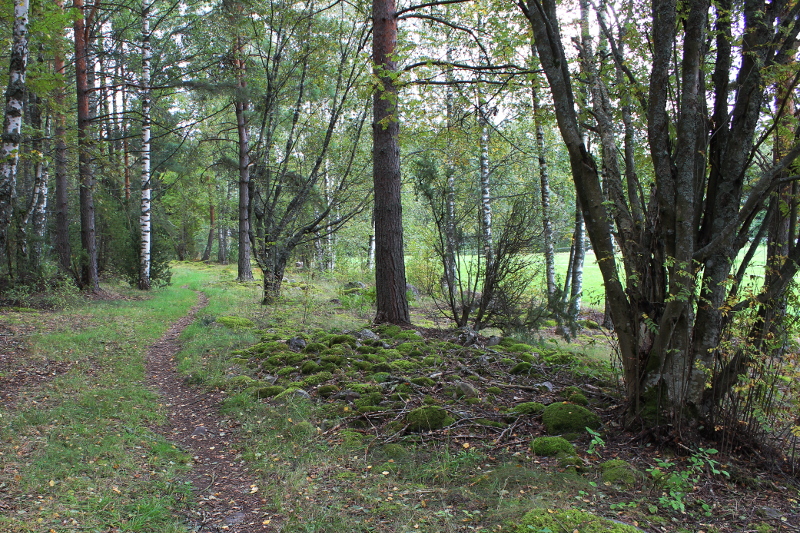 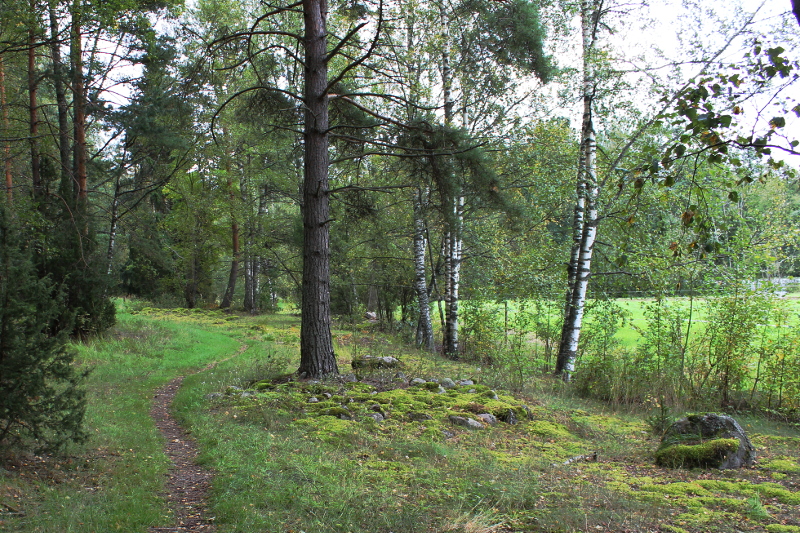 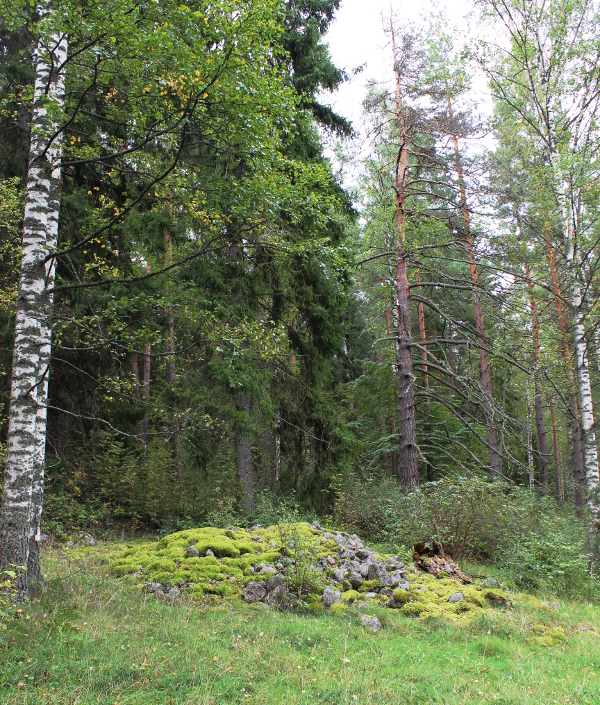 Next to the Hirvikallio cemetery, there is a cup stone. Also, three more cup stones have been found nearby. A cup stone or an offering stone is a stone with several cup-like holes carved in it. According to the oral tradition, offerings to the dead or spirits were placed in the cups. Several hundreds of offering stones have been discovered in Finland, usually near Late Iron Age cemeteries or medieval churches. Usually, there isn't a specific pattern, but in two cases the cups represent the constellation of Big Dipper. Someone had left blueberries in one of the cups last autumn when I visited this site. 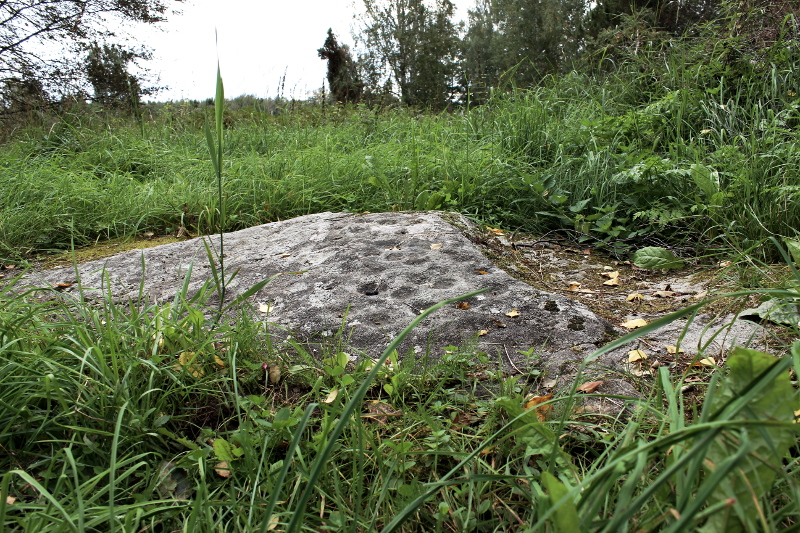 I decided to go back to Voipaala by climbing back to the ridge on the north side of it. The forest path on the way back was beautiful and silent. 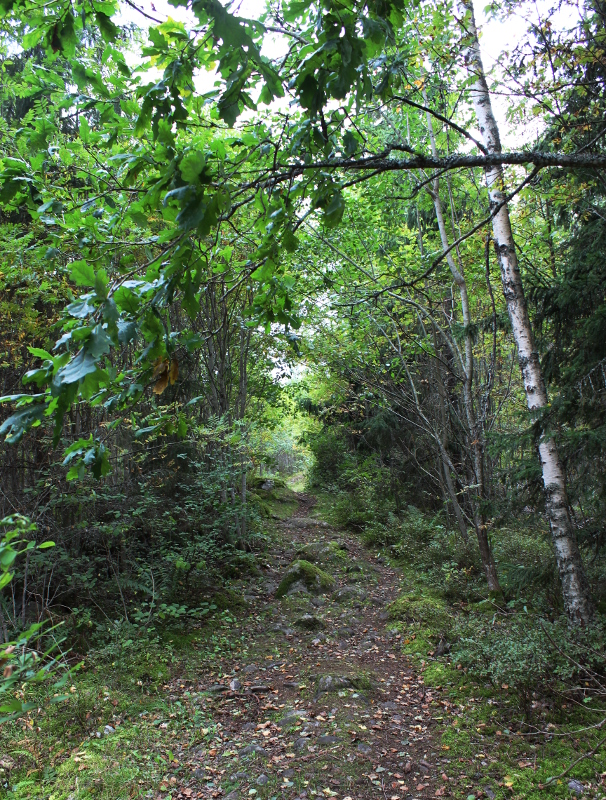