I finally decided to get a grip on myself and write about runic inscriptions because I so often use them in my jewellery. Once I got down to it, I realised that there was a huge amount of stuff I could write about. So, not to make this text too long it is going to be only an introduction to runic inscriptions. Since all may not be familiar with runes I'm going to start with what the runes are. After that, I'll write about how old the rune inscriptions are, where and on what kind of objects they have been found and also what are the types of the texts written. I hope I will have time to write about some specific inscriptions later on some other blog post.

Runic inscriptions have been made to achieve or generate something like love, protection, good luck or health to the owner or the receiver of the object.

Runes – what are they?

Runes are an old germanic writing system that developed during the first centuries CE. Runic writing evolved during the Roman Iron Age, the time when the Romans had been proceeded far North and were reigning the most of Europe. It isn't certain how the runes developed. Generally, it is thought that they originate from the Latin or Greek/Etruscan alphabets. Runic writing was first adopted by the elite and military societies. It might have been German soldiers that first learned about the runes from Roman soldiers. At the early phase, there have been very few with the skill to write. In the Migration period, movements of Germanic peoples and exchange of prestige items among the elite, that was a habit then, spread the knowledge about the runes.

Runic alphabet, that is also called Futhark according to the first letters of the alphabet, was in use from the first centuries CE until the 16th century (somewhere even longer). During that long period, the alphabet developed and diverged in time and in different places.

In which parts of Europe runic inscriptions have been found?

The oldest inscriptions are mainly from the Northern parts of Europe: Scandinavia, Denmark, North Germany, Poland, Romania and Russia. The oldest inscription with certain dating is a text ”Harja” from Vimose, Denmark. The writing was made on a comb and it might have been the name of the owner. The comb is from the 2nd century.

Runes were carried wherever German tribes and Vikings travelled.

A little later, at the beginning of the 5th century, the runes were introduced to the British Islands and the Netherland. To Iceland and Greenland runes were taken by the Vikings. A few runic texts have been found in Finland, too. The texts found in Finland are dated to the latter half of the Viking Age at earliest (11th century)

The majority of runic inscriptions is from Scandinavia, including runestones. There are about 6500 inscriptions from Sweden (most of them are runestones), about 1500 from Norway (about 670 of which are late inscriptions from Bryggen in Bergen) and over 800 from Denmark. 200 inscriptions have been found in Britain and the rest of the finds is mainly from Northern parts of Continental Europe.

Runes had their own names and symbolic meanings, that have been documented long after they were invented.

On what kinds of objects the runic inscriptions were made?

Most of the early objects with the inscriptions are made of metal, but some of them are of wood or bone. A remarkable group of objects is bracteates. Bracteates are round metal plates that imitate coins but have the image only on one side. These were made particularly in Denmark in the 5th and 6th centuries out of gold. Often they are hoard finds that can be offerings or grave finds.

In addition to bracteates, inscriptions were often made on brooches. Other objects are parts of belts, rings, coins, containers or boxes, urns, pieces of wood or bone and spindle whorls. Weapons inscribed can be battle knives, spearheads and swords. The large part of the inscriptions can be found on big runestones that are usually from the later phase.

What kinds of inscriptions were made on the objects?

It seems that interpreting the runic inscriptions can be quite difficult. The texts may have been written from right to left, from left to right, top-down or bottom-up. Some of the letters may be backwards or upside down. Also, the objects are often very worn and runes are difficult to read for that reason. The texts are written in ancient languages and people who wrote them may not have known how to write properly. For these reasons, the meanings of the inscriptions are often very ambiguous and there are different interpretations by different runologists.

Small objects (other than runestones)

Texts written on objects are often names: names of the maker of the object, owner or giver/receiver. Even though, telling who made the object can be a commonplace act, it is possible that writing the names may have meant more and may have had a ritual meaning.

Another group is inscriptions written more clearly in a ritual meaning. They may contain names of gods. Sometimes, these have been found in the contexts of hoards, for example in bogs when they probably have played a role in a ritual act.

Sometimes, there is only a row of rune alphabets. Also, this may have had a ritual meaning. 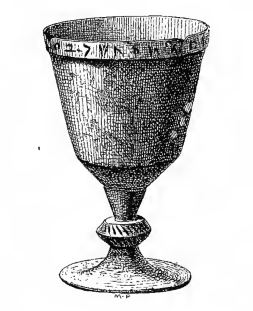 In addition, runic inscriptions have been made to achieve or generate something like love, protection, good luck or health to the owner or the receiver of the object.

Some of the later inscriptions are Christian and sometimes written in Latin, for example, a 13th-century runic stick from Bergen, Norway has an inscription: "Omnia vincit amor, et nos cedamus amori", Love conquers all; let us too yield to love.

Later texts when the penmanship was more common can be everyday messages like many of the inscriptions found in Bergen, Norway, that are dated to the 14th century. They include also romantic notes. There is, for example, a runic stick from Bergen that says: "Gyda tells you to go home".

Runestones were erected from the 4th century to the 12th century. Most of them are from the Viking Age Scandinavia. The oldest of them are gravestones from Sweden and Norway. These oldest stones can be inside of the grave mound or next to it, and the writings on them are briefer than on the later stones. The text may have had a ritual meaning. For example, there is a stone from Norway with the text Alu, that have been interpreted to be a ritual word. The habit of erecting stones on graves is old and originates from the time before the runes.

The Icelandic Yngliga saga tells about the habit that

For men of consequence a mound should be raised to their memory, and for all other warriors who had been distinguished for manhood a standing stone, a custom that remained long after Odin's time.

Most of the later runestones are from Sweden. Usually, they are memorials for the death or stories about the achievements of someone. The majority of the stones were erected for the men who died in their homeland and a smaller proportion for those who never returned from their trips.

The inscriptions of the stones tell for whom the stone was erected and what this person did or achieved during his life. In addition, the persons who erected the stone are mentioned. Most of the persons who raised the stones are men but there are also stones that were erected by women. And also women have had stones dedicated to them.

Runes have been used for writing for a very long period and they were widespread. The types of alphabets changed and developed in time and different places. Runes were carried wherever German tribes and Vikings travelled. Most of the inscriptions are from Northern Europe, the same area where these tribes originated.

The earliest inscriptions were short scribbles and difficult to interpret, and they often had a ritual meaning. Penmanship was reserved only for few and that's why writing was probably considered something wondrous. Later, when literacy became more common, also the nature of the texts turned into more everyday nature.

The objects inscribed vary from everyday items to elegant ritual objects. Particularly among the oldest objects, there are hoard finds that often are bracteates or weapons. Runestones are a large group among the younger inscriptions.

Sun is the light of the world;

I bow to the divine decree

Norwegian rune poem about the rune sōwilō, the sun

Texts and Contexts of the Oldest Runic Inscriptions, Tineke Looijenga, 2003