Do you know why they originally used canopies in the Middle Ages? Or where the saying "sleep tight" originates? Or why they slept in a half-sitting position and not lying down like today? Last May I got answers to these questions I even hadn't realized to ask: I got a chance to visit Cardiff, Wales for a weekend. It is possible to do surprisingly lot of things during a long weekend, even if you suffer from the stomach flu. Among other things we took a history tour to the gorgeous Chepstow Norman castle, situated in the Southern Wales, near the English border. Fortunately, the stomach flu hit me only after the tour.

The Normans were Scandinavians who had settled in Northern France. The Viking leader Rollo made a deal with the king of France according to which Vikings got a small area in Northern France to settle in. Later, the area was expanded to cover the whole Normandy. In the beginning of the 11th century, the Normans invaded England under their leader William II (later the Conqueror) and beat the English at the battle of Hastings in 1066.

The building of the Castle

Chepstow castle is located in south Wales at the border of England. The castle was founded right after the battle of Hastings in 1067 to protect the conquered areas of the Normans. As a whole, the castle was built by the year 1300. It is located on a narrow ridge between the limestone river cliff and a valley. The river Wye and naturally abrupt cliff make the place ideal for a defence castle. 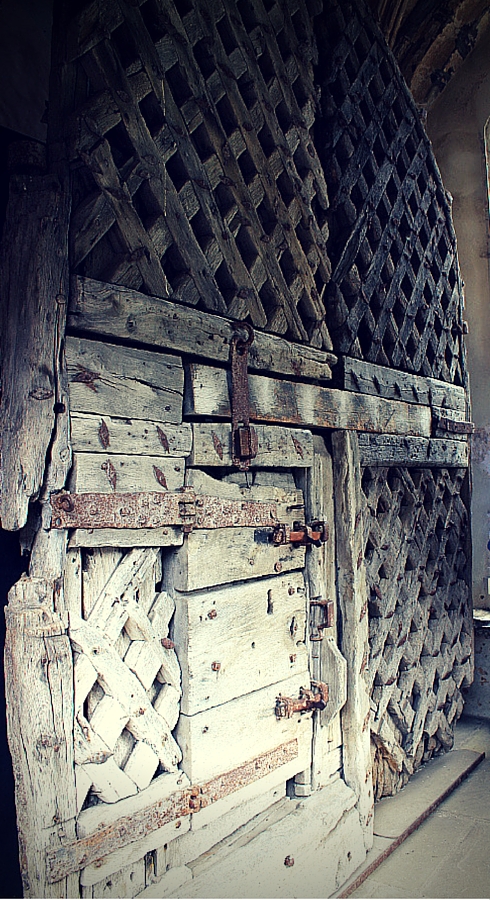 The oldest wooden doors in Europe can be found in the castle. They are 800 years old. They used to be at the main gate but are now in safekeeping inside the castle. Can you guess why the small door on the left-hand side is that low and the doorstep so high? Our guide told us this was how the intruder was forced to be in so difficult position while entering that it was easy to knock him on the head from the inside. 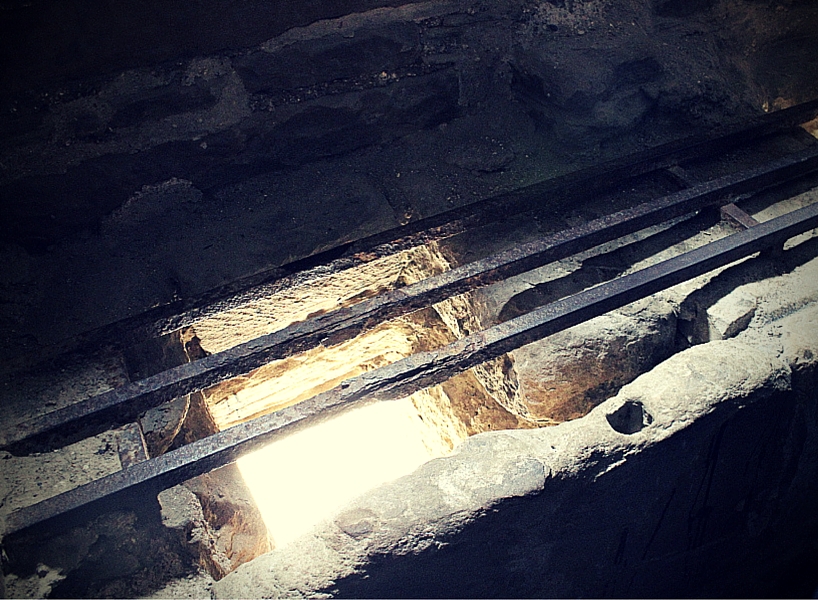 The most important persons of course needed their own private latrine. This fresh latrine emptied straight on to the cliff below.

The Oldest part of the Castle

The vaulted niches on the wall were decorated with a colorful grid pattern in the 11th century, and there is little left still. William the Conqueror himself might have used this room as his audience chamber. I understood that there was a floor where the square holes on the wall are. Part of the building material came from the Roman Caerwent nearby, the red tiles.

Well then, how did they sleep in the Middle Ages? Our competent and professional guide, Jan (Where When Wales tours) told us that they needed canopies for their beads because the roofs were often made of dry vegetation like straw. Many kinds of debris and insects dropped down from the tached roof during the night, and it also let the rain come through. So the canopy was very useful back then. The bottom of the bed was made with crossing ropes that would eventually lose their tightness and needed to tighten up. They say this is the origin of the saying "sleep tight". Not all agree with this, though. In the Middle Ages, they slept in a half-sitting position because they were afraid of lying flat down like the dead in their coffins. Due to this position, the beads were short, too.

I myself found also some information about sleeping in two phases. In the Middle Ages, they didn't get all the sleep straight but it was common that people got their sleep in two phases. Between these "first and second sleep" they were awake for a couple of hours. They spent this time reading, praying, having sex or even visiting a neighbour. The habit ceased not until the 18th century. This could be the reason for the fact that so many of us wake up in the middle of the night and stay awake (in agony) for a couple of hours. More about the subject here.