Last December we made a trip to Stockholm and the Viking Museum, Vikingaliv. Vikingaliv is a nice little museum/experience in Djurgården. Upstairs is the actual museum room and downstairs there is a cart ride into a Viking saga.

The upstairs museum is very child-friendly. There is a lot to try out and also some original items are exhibited.

You can climb on board of a Viking boat and write your name on a board with runes. For me, the most interesting thing was to meet two real Viking people.

Estrid Sigfastsdotter lived in the 11th century in the area of Täby and Vallentuna, north of Stockholm. She is known for the runestones she has erected, which are at least five.

The runestones tell, for example, about a dead son, two marriages, the building of a bridge and a trip to Jerusalem. Estrid gave birth to many boys, the first of whom died as a child. She probably also had daughters, but these are not mentioned on runestones.

In 1995, a grave of an old woman buried in a Christian way was discovered. However, a wooden box containing coins, scales and weights was found near the feet of the woman. This suggests that the woman was influential and dealing with trading. The archaeologists concluded that the grave belonged to Estrid.

The Vikingaliv Museum has a reconstruction featuring Estrid, whose face is based on the skull of this grave.

Another Viking Age person in the museum is an anonymous gentleman whose bones were found in the Sigtuna's 900-1000 century cemetery. On the basis of his bones, the man has been reconstructed in the museum.

The man was 45-60 years old at the time of death and about 179 cm tall, which was taller than usual in his own time. The hair was sandy colour and the eyes were blue. He had moved to the area from somewhere else.

There were no artefacts in the grave maybe because he was a Christian.

Downstairs, then, the most fun part for the kids was the cart ride to the Viking adventure. The Ragnfrid saga tells the story of a Viking trip in 963. Because of the flying arrows, it may be scary for the smallest children.

The museum is very nice, especially for children. And there will be time left for something else too on a day trip. If you want to see more Viking Age objects there's time to visit the historic museum (Historiska Museet) too.

Although the museum shop was very tempting, I managed this time without buying any books or anything else for that matter.

(Original article 5/10/2017) As Samhain, Halloween and their Finnish counterpart Kekri are near it is... 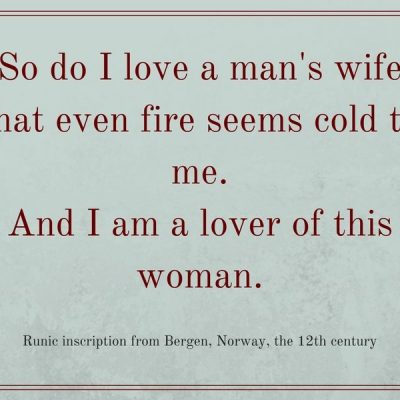 (Original article 1/2018) Valentine's day is soon so I thought that I should share some...